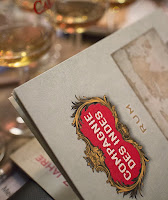 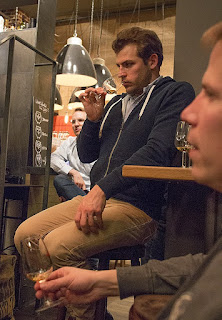 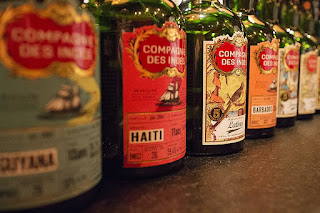 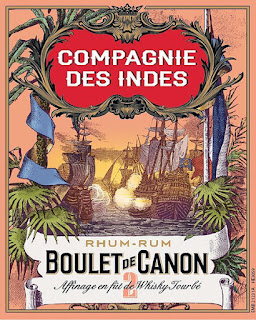 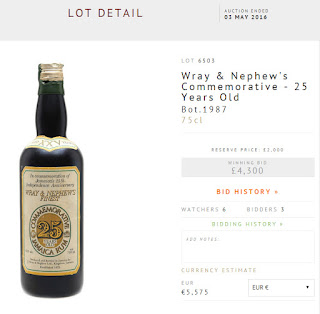 After the great success of this post in German, now I try the first (and last) english article here on Whatadrink!, because I do not believe what the online translators are delivering (What an idiot of a blogger, you might think). Please excuse... 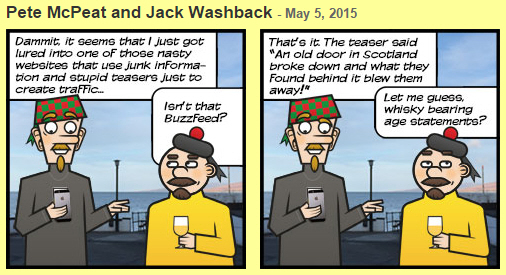 I have written about Ardbeg (The Ultimate Scotch Single Malt Whisky) and collapsing whisky bubbles here on the blog in the past very often - once as a naive fan, once in a more critical way. But getting onto LVMH's blacklist (and not receiving any goodies anymore) must be the independent blogger's aim. During their Bicentenary in 2015 the Ardbeggians brought out some new stuff, but I have not written very much about. 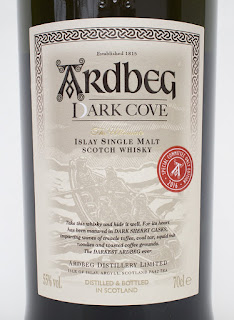 Because of that, I am very happy to report for you about the brandnew Ardbeg Dark Cove. At Munich's whisky fair (where I have not been) someone said, that it will come out end of march. You all know the labels registrated at the TTB in the U.S. of a so-called Special Committee Only Edition 2016 with 55% Vol. and a black labeled with 46,5% Vol. The same procedure as every year...

Last week some of these Committee-only bottles were sold at an auction (for hundreds of Euros) and I could also get one of these bottles. I asked the seller, who bought the bottles and he answered, that one went back to the UK (Bring it home, Buddy), one went to Switzerland (Grützi!) and two bottles went to Stuttgart (the home of Mercedes-Benz, that may be a kind of a german Taiwan or even Singapore). They also tried to sell an empty box, but I do not know the auction result and the origin of the buyer.

The Committee-Dark Cove doesn't come in a box or tube. But it has a small booklet around the neck with some notes about Ardbeg's history during the earliest days of whisky making on Islay (They write: "It was a moonless night..." and "They crept through the woods under cover of darkness..."). So you'll see, what is the heart of the Dark Cove-Marketing: colour! Backlabel: "Its colour is that of copper stills in moonlight" and "For it is Ardbeg's darkest spirit ever.". Official tasting notes - section colour: "The darkest Ardbeg ever.". Well, why do I only talk about that? Because the colour of this spirit (it's "heart has been matured in DARK SHERRY CASKS") is just a very little bit darker than Uigeadail, but it is galaxies away from the 2011 Feis Ile bottling (from two Pedro Ximenez sherry casks, you remember). Do not think about single sherry casks from the 1970s. Darkest ever??? OK, when thinking about the official bottlings from the last three or four years or maybe in a moonless night, but I think that is 100% marketing. 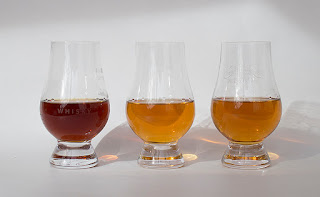 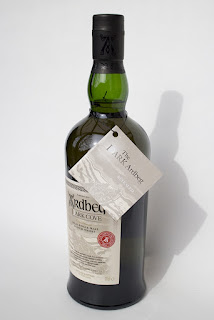 In some german Ardbeg embassies, they will held pre-tasting sessions in march. One of them - Reifferscheid in Bonn - wrote on their homepage, that after lots of Perpetuum in 2015 there will be very very less bottles of Dark Cove on the german market. That's true - until today I count six bottles. Well, an embassador should know the truth, shouldn't he?

What we know after opening my Dark Cove and tasting it with some friends is, that on the nose we have a cold ashtray with a dried vanilla pod lying in it. Dark Cove is sweeter as Uigeadail in the beginning - on the tip of your tongue. The whisky has a small sherry heart that harmonizes very good with the ex-bourbon stuff. The coffee from the official notes is no espresso, but a mild filter coffee with a little bit of sugar and the chocolate is milk chocolate. It is spicy and one taster said, that he remembers smoked blood oranges (a taster with enormous experiences). The smoke fits very well to these flavours and we find a dry and long finish, that is normally not always common with younger whiskies. Air and some water helps! In my eyes Dark Cove is to Uigeadails (from the last five years), what the new Glenmorangie Lasanta (with P.X. matured whisky in the recipe) is to it's older batches. This is a good and very dangerous Ardbeg. Very drinkable. But it is not the big one or even a sherry monster, that some guys are waiting for.

Update: This Committee bottling was available here in Germany for around 20 minutes. Price: 81 EUR. 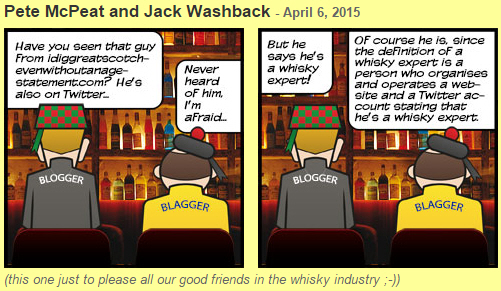 And here the official tasting notes: 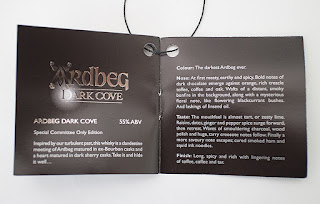 With tears in my eyes I tried a translation:

Cold. Whiskey is available at Penny for 10 EUR the bottle
No, there are Blended's with E150
And a blend is not Whiskey? Once again I am getting more clever...
What the hell are Blended's?
And what have Blends to do with Whiskey? A propos, read about the difference of Whisky and Whiskey.
Ardbeg Oogie - and everything is good. Ten for beginners. Nothing more